What is Dynamic Weighing?

Moving objects, such as animals, can be tricky to weigh. Their motion makes it difficult to gauge an accurate reading. To compensate for this, dynamic weighing scales are equipped with software that can make adjustments for the fluctuations; the software will take the average value of the weight of the animal over time. 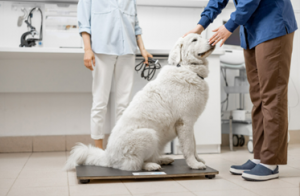 It is more than just animal weighing that requires specific technology. There are applications for dynamic weighing systems in the chemical industry, manufacturing and more.

Animals – as already mentioned, animal weighing can be difficult whether it is a vet or zoo carrying out a health check or a researcher conducting studies in the wild where animals will not easily comply with being placed on a scale to be weighed. Dynamic weighing takes some of the pressure off of those taking the measurement by taking the average value.

Chemicals – the chemical industry requires the use of dynamic weighing for volatile chemicals and liquids. Volatile chemicals can evaporate quickly enough that it can impact weighing measurements on static scales. Weighing liquids can also be made difficult using a static scale as liquids can continue to move even after their container has been made still. Though these would be very small fluctuations, a dynamic weighing feature increases the accuracy of measurement which is crucial for chemical reactants or products from a chemical reaction.

Food and Drink – On a large scale, food products such as grains or flour are added to recipes for  packaging from large nozzles. As these ingredients settle, the weight measurements would fluctuate on a static scale, but dynamic weighing scales allows for this so that quantities remain accurate, keeping recipes correct and meeting legal standards for packaging labels. 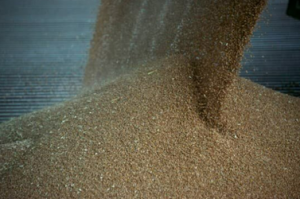 Challenging Environments – As well as objects moving providing difficulties, sometimes it is the environment that provides complexities for weighing objects. Research vessels and cargo ships may require the ability to weigh objects on board and the movement of the boat on the water make static scales useless. Dynamic weighing systems allow researchers and the ship’s crew to accurately weigh samples or cargo without docking or moving items from them boat.

Several Precisa products come with dynamic weighing software included, allowing you to weigh both static and dynamic objects using the same device, keeping costs down and maximizing your workspace.

Precisa’s dynamic weighing scales offer accurate, reliable readings from analytical, precision or industrial, giving you the option to choose the specification that works best for you. Precisa also sell a range of weighing accessories such as a weighing pan for animal weighing. You can view all of our accessories in our General Catalogue. 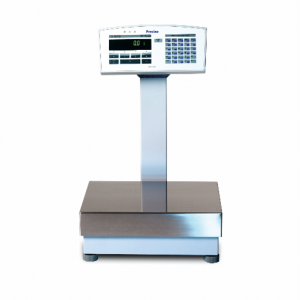 Precisa’s balances that enable users to weigh moving objects are marked as featuring “Animal Weighing”. This serves not only for animal weighing but also chemicals, liquids and food stuffs.

All of Precisa’s scales are designed with Swiss precision, offering state-of-the-art technology tested to the highest standards of quality throughout the manufacturing process. To find out more about the Animal Weighing, Dynamic Difference Weighing and other features included with our balances, you can download our Overview Brochure or contact our sales team who will be happy to help.

If you have enjoyed reading this article about dynamic weighing and wish to hear more from Precisa, be sure to subscribe to our newsletter and follow us on social media using the buttons below.

Scales for Recycling: The Use of Weighing Equipment in Recycling