The word ‘forensic’ derives from the Latin word ‘forensis’, which is defined as a public discussion or debate and therefore holds connotations of modern trials in courts of law and the judicial system. Medical practitioners began to use forensics in the 16th century and since then, forensic analysis has become an essential and integral part of many criminal cases, used to solve crimes, uncover mysteries and convict criminals for hundreds of years. Recent scientific advancements have resulted in the development of a number of processes and disciplines, enabling forensic scientists to specialise in unique areas such as DNA, dentistry and botany.

This article will look at the scientific processes which occur in forensic analysis and the various forensic lab equipment which is often required, focusing particularly on the use of analytical weighing balances, which are vital in most investigations.

What are the processes involved in Forensic Analysis?

The following processes can be required in forensic analysis, depending on the type of evidence that is being examined…

Forensic scientists are often delegated the task of identifying unknown powders, liquids and pills that may be illicit drugs. This can be done by presumptive tests, such as colour tests, which give an indication of which type of substance is present or by confirmatory tests, such as gas chromatography or mass spectrometry, which are more specific and can determine the precise identity of the substance.

Scientists can be required to perform forensic analysis of paint samples, for example, in the case of a hit and run. In paint analysis, samples are examined under a polarized light microscope to view its different layers. Thereafter, they can use one of several tests to analyse the sample…

Forensic analysis can identify the residue that is left behind when a gun is fired. Traces of this residue can land on the hands of the shooter or the victim, which can be lifted using a tape or a swab and then scanned and examined using an electron microscope. This will determine whether the substance is gunshot residue because its elements have a unique x-ray signature.

In addition, forensic scientists can use the dithiooxamide, sodium rhodizonate or Greiss test to detect the presence of gun chemicals.

The forensic analysis of fibres involves infrared spectroscopy which identifies substances by passing infrared radiation through them and then detecting the amount of radiation that is absorbed. It can identify the structure and chemical components of substances such as soil, paint or fibres.

Therefore, this technique allows scientists to match fibres that are found at a crime scene with those found on someone’s body, in a piece of clothing or on furniture.

The forensic analysis of fingerprints is a vital part of criminal investigating. It involves the identification of the unique pattern that covers each person’s fingertips which can be left as either visible fingertips, made on a surface that creates an impression such as blood or dirt, or latent prints which are made when sweat, oil or other surfaces on the skin produce prints on surface that someone has touched.

These prints can often be noticed by the human eye but can be made clearly visible using dark powder, lasers or other light sources. Forensic scientists can also use chemicals that react with oils in fingerprints to reveal latent prints. These chemicals include cyanoacrylate, silver nitrate, iodine, ninhydrin and zinc chloride.

Forensic analysis enables scientists to identify a person by samples of DNA in the form of blood or tissue cells for example. This can be done using a technique called polymerase chain reaction, which makes millions of copies of DNA from a tiny sample of genetic material.

What Forensic Lap Equipment is required?

A variety of Forensic Lab Equipment is needed to conduct forensic analysis, depending on the processes required to analyse the sample.

As the need for forensic evidence and reports increases year on year, forensic laboratories face increasing requirements to produce accurate, reliable and consistent results. Forensic lab equipment must therefore be reliable and accurate and key requirements will include easy calibration and recording of settings so that results can be checked and scrutinised.

Why are analytical weighing balances needed for Forensic Analysis?

Analytical weighing balances, which can measure up to 0.0001 of a gram, are an essential piece of forensic lab equipment and are required for a number of different forensic processes. Weighing is one of the first steps in any analytical process and has a strong bearing on the final results. Therefore, the weighing balance must be consistently accurate because, in forensic analysis, a juridical verdict can depend on the amount of evidence that is weighed and proof that this data is 100% accurate so that it is free of doubt and can withstand any challenge in court.

Analytical weighing balances are required for the following forensic processes…

How can Precisa’s Products be used for Forensic Analysis?

Precisa produces a wide range of Analytical and Precision balances, both of which are ideal for use within forensic analysis. 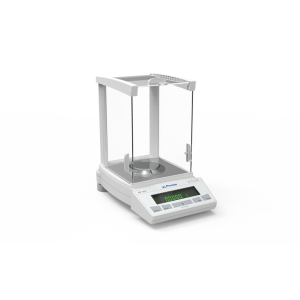 An Analytical Balance differs from a Precision Balance in terms of readability. A precision balance has a lower readability, measuring to the nearest 0.001g. This can still be appropriate for the forensic analysis of slightly heavier items than the traces that would require an analytical balance. Why not view our range of Precision Balances here. 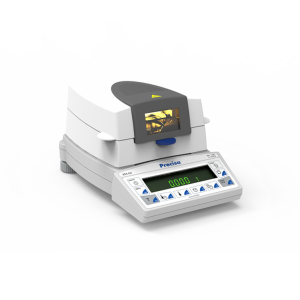 A moisture analyzer from Precisa can also be used within forensic analysis for various applications such as soil analysis. Moisture levels are important in the analysis of food, pharmaceuticals, chemicals and environmental samples. For the most accurate measurements and results of moisture content, view Precisa’s Moisture Analysers here.

If you have enjoyed reading this article about forensic analysis, forensic processes and forensic lab equipment, why not join us on social media and sign up to our monthly newsletter to stay in the loop.

Alternatively, if you are involved in forensic analysis and are interested in any of our high-precision products, please don’t hesitate to contact us today. We look forward to hearing from you.